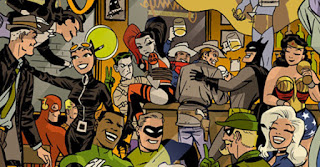 2016. Heck of a year for high-profile deaths like Bowie and Barry Howard.

Now it seems we are going to lose Darwyn Cooke, one of the most interesting and innovative writer/artists of the past twenty years.

His blog announced yesterday that he was receiving palliative care for an aggressive cancer, aged just 54.

I'll be perfectly honest with you here, gentle reader, I originally wrote this piece as an obituary. Several comics creators (including Brian Michael Bendis) were tweeting about him in the past tense and other bloggers were reporting his death. Close friends are asking people to stop prematurely stating that. I feel pretty terrible about it.

This is not going to be a funny one.

However, this means instead that we can celebrate his life and appreciate his work while he can still (hopefully) be aware of it! And I have been motivated this year to celebrate the living rather than waiting for them to pass. 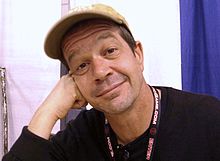 In the 90s he worked as a storyboard artist for Batman: The Animated Series under Bruce Timm and went on to the Superman spin-off and animated the titles for Batman Beyond (a show that should have been terrible being about a teenage Batman in the future but is actually brilliant and well worth watching if you missed it).

He worked as director on Men In Black: The Series for a year before DC Comics contacted him over an idea pitched years earlier. This became his first DC work, Batman: Ego, and was the beginning of a great run of outstanding work for the publisher. 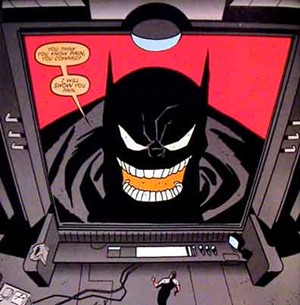 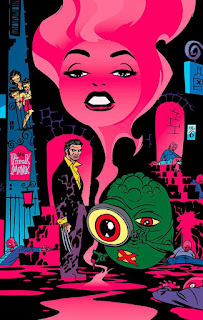 Then in 2001 came what I would consider his high point: a revamped and reworked Catwoman. 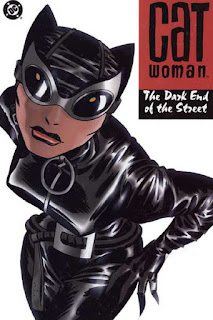 Taking the character into a more interesting noir-ish direction and giving her a costume that was practical rather than titillating (which is not to say she stopped being sexy) which fed into the Nolan movie version more than any other. 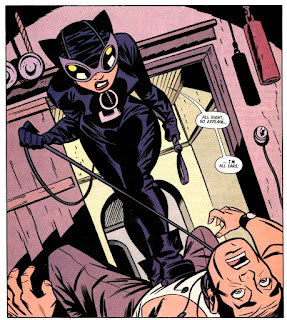 In 2004 he created probably his best-known work: DC New Frontier. 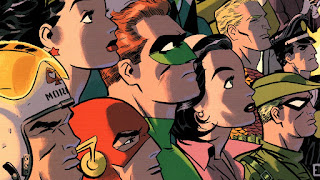 A retelling of the Silver Age of DC superheroes in his superb retro style capturing the innocence of the 1950s comics perfectly and combining it with elements of the real-world politics of the period. 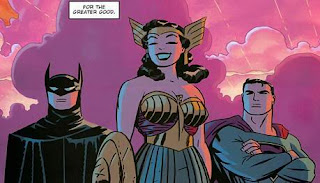 In 2006 his issue of DC's creator-centric anthology Solo won the Eisner award for "Best Single Issue". 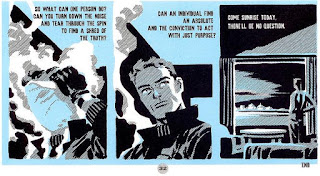 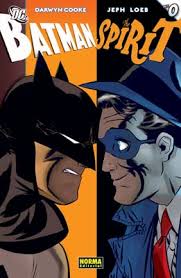 It was popular enough that when DC briefly got the rights to the character between 2006-2008 Cooke seemed the only person to create new Spirit comics. 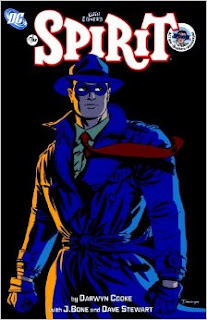 Now any comics fan will tell you that writing and drawing a Will Eisner character gives you some very big shoes to fill and I honestly don't think anyone less than Cooke could have done it. He was writer/artist for eleven of its twelve issues and won (along with J Bone) a Joe Shuster award for it. 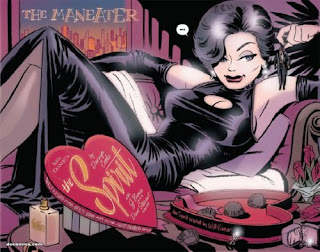 Cooke went on to do various other smaller projects as well as scripting an animated movie adaptation of New Frontier and being writer artist on one of DC's Before Watchmen series as well as writer on another. 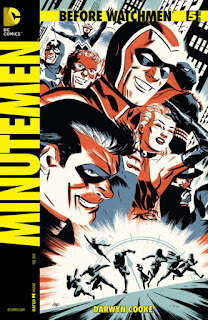 Between 2009 and 2013 he adapted a series of Richard Stark's Parker novels to graphic format with considerable success. 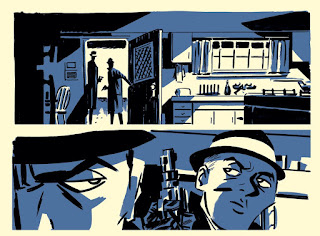 I confess I have not read any of them yet but having had them recommended to me loads I am sure to now. Cooke will live on to me that way.

Just last year he came back to animation to create a short for Batman's 75th anniversary, returning to Terry McGinnis.
Thank you, Darwyn Cooke. The world is a richer place for how much you moved comics forward.

I'll leave you with my favourite ever picture of the Martian Manhunter. 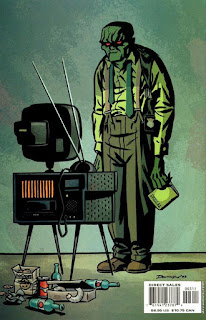